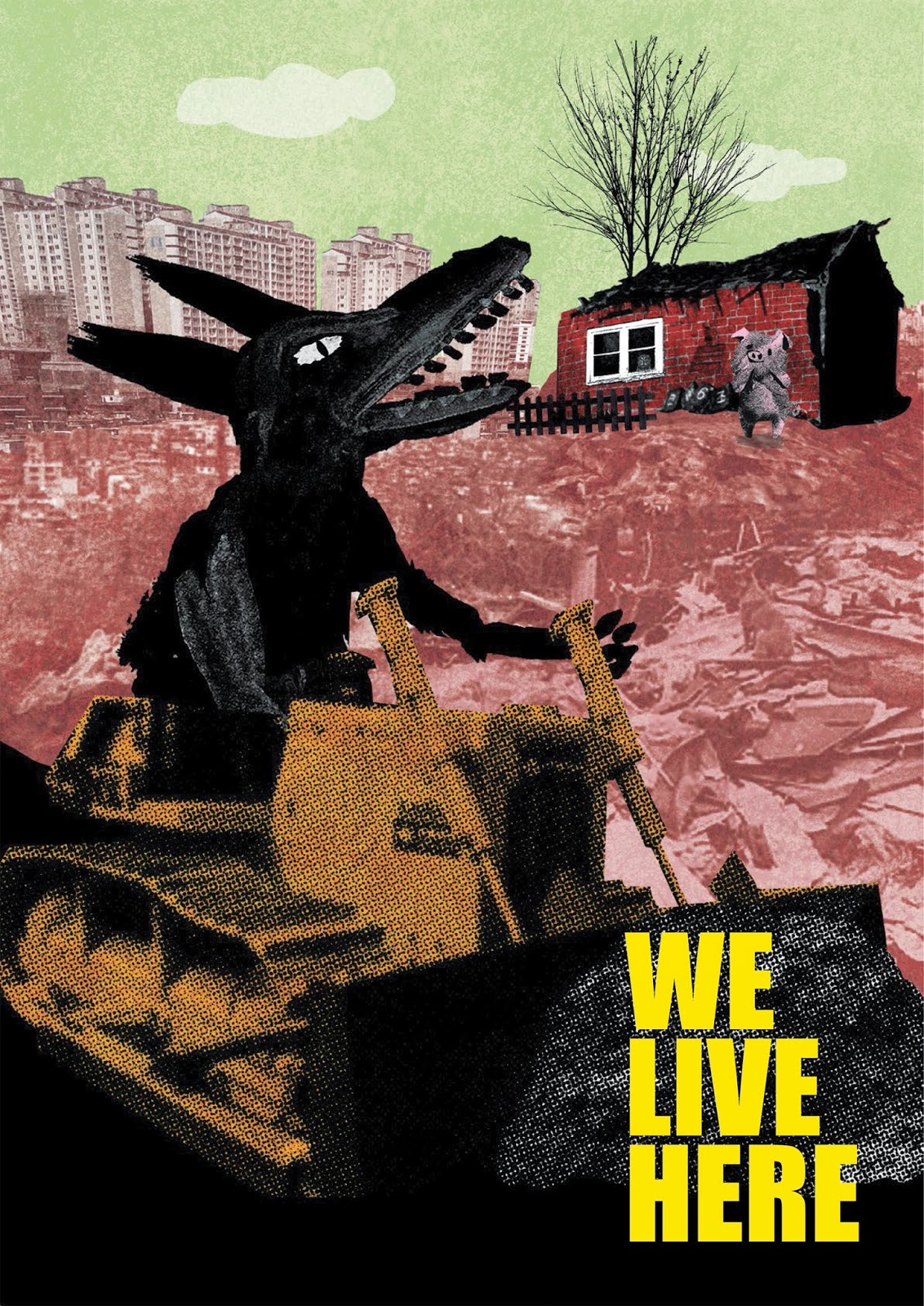 The Deadly Face of Development: Struggle Against Evictions in Korea 03. 02. 2013
In January 2009, there was a clash between the police and residents and business owners in Yongsan. In a nutshell, the government wanted to redevelop the area and offered compensations to tenants of this one building in Yongsan for demolishing it. They were unhappy with the demolition and the compensation, and they ended up protesting against the development. The clash grew violent resulting in 5 tenants and a police officer dead in the process. There is also a suspicion of government-involved cover up of the investigation of the incident they now call ‘Yongsan Massacre.’ The protest goes on.

On January 20th, an illegally and incompetently conducted raid on activists and tenants protesting their forced eviction from central Seoul left 6 dead. This incident ignited immediate and continuing demonstrations against police violence, massive redevelopment, and the administration that has exacerbated both of these issues. South Korea’s redevelop- ment projects have always met with fierce resistance, as landless poor were sacrificed for the profits of wealthy con- glomerates. This violent crackdown in Yongsan neighborhood, however, has lead to an unprecedented show of support among diverse populations in solidarity with those struggling for housing and survival.
On Monday, January 19th, evictee-protesters members from Jun Chul Yun, or the Federation Against House Demolition, including tenants from the neighborhood as well as other areas, occupied a five story building in Yongsan4ga neighbor- hood and assembled a defensive shelter on the roof. Roof-top access was blocked to prevent the police from removing them. The evictee-protesters prepared themselves for an occupation and struggle, supplied with, among other items, paint thinner and molotov cocktails. 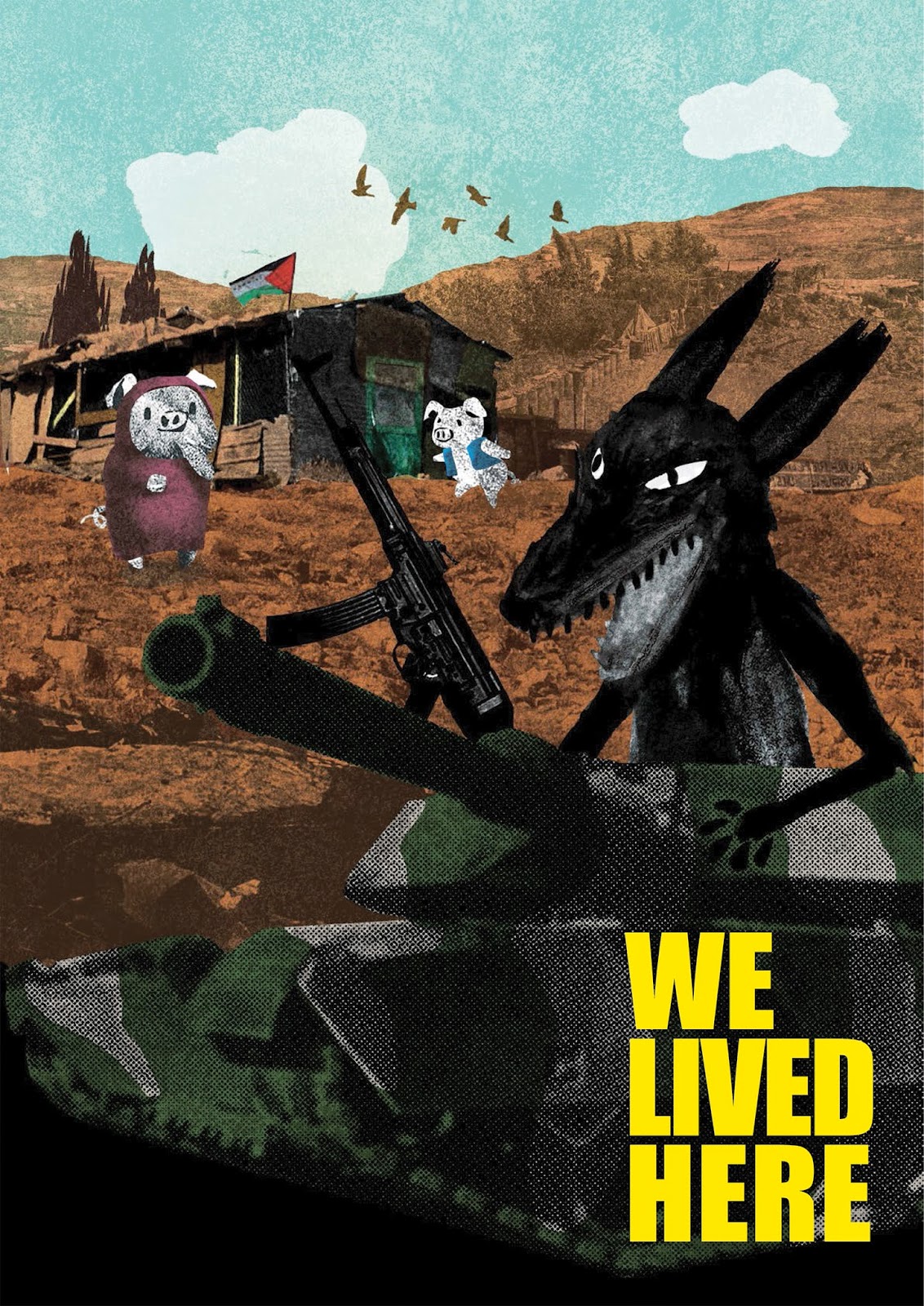 Last year, 1,100 Palestinians, more than half of them children, were displaced, an 80 percent increase from the previous year. And demolitions this year continue at a high rate. For Sami Idriss, the Israeli bulldozers came while the 26-year-old Palestinian was at work.

“I came back and they were already tearing my house down,” he says. Idriss says he pleaded with the workers, saying he hadn’t received any notice or warning. He says they pushed him out of the building and continued to demolish his home. Idriss says all of his savings went into the building. He was hoping to get married in three months but now he says he can’t, because there is no place to take his bride. Many buildings, in various stages of construction, surround the now empty lot in the predominantly Arab neighborhood of east Jerusalem where Idriss’ house once stood. A group of Palestinian men who are laying sewage pipes nearby say just as in Idriss’ case, none of the other homes in the area have permits either. They decline to give their names for fear of reprisals. The men say it’s almost impossible to get a permit for a new building from the Israeli authorities. The United Nations has come to a similar conclusion. It says more than 94 percent of all Palestinian permit applications have been rejected in recent years. 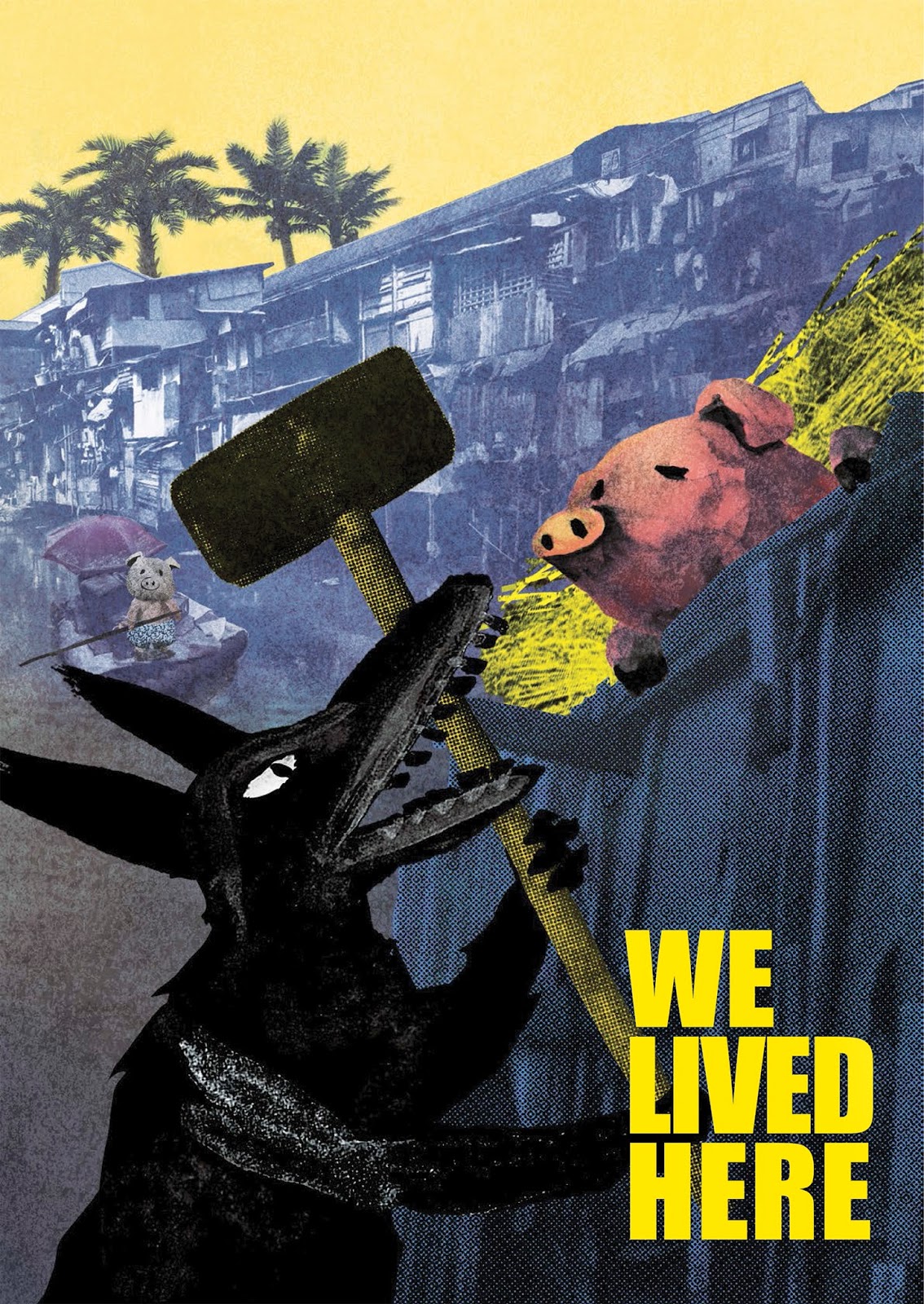 The government is prepared to forcibly evict residents in slums along Manila’s Pasig river, where it says houses are blocking the flow of rainwater and have contributed to the city’s severe floods.
“I just received instructions from the president that if push comes to shove, we will have to blast those houses,” Public Works Secretary Rogelio Singson said Monday. The government plans to remove 10,000 to 20,000 urban poor settlers every year from areas with a high risk of flooding, according to Interior Secretary Jesse Robredo. The first priority will be some 30,000 settlers living near waterways. Officials say relocation will begin in the next few months. There are current- ly an estimated 5 million landless urban poor settlers in Manila. The country’s biggest labor federation criticized the gov- ernment’s plan, saying it will “incite and threaten the working poor to take action against the government in defense of their well-being.” Families living in high-risk areas are “working mothers and working fathers who were forced to eke out a living in the metropolis because of poverty,” said Gerard Seno, president of the Associated Labor Unions-Trade Union Congress of the Philippines. Seno said the centralization and rapid urbanization of the metropolis attracts thousands of people from rural areas. He said the government should instead provide decent, accessible, safe and affordable housing for informal settlers. Meanwhile, the National Disaster Risk Reduction and Management Council on Monday ordered field units to conduct preemptive evacuation in parts of Luzon and the Visayas as tropical storm “Helen” approached Manila on Tuesday. The death toll from last week’s heavy rain and flooding rose to 95, the agency said Monday. At least four people remained missing. Heavy rains have continued to affect 761,189 families or 3.5 million people across the country. Some 341,915 people are staying in evacuation centers. Damage to property has risen to 2.263 billion pesos (US$54 million), including 1.624 billion pesos in agricultural losses.